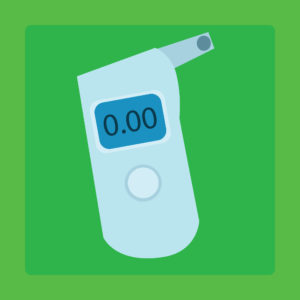 As we mentioned earlier this week, the US Supreme Court has decided to take a look at the controversially Implied Consent Law in Minnesota. The case went in front of the justices yesterday, and they were treated to more than 60 minutes of oral arguments about the legality of the law. Reading the recap in the Star-Tribune, it appears that the justices are a little skeptical about the Implied Consent law.

Before we delve into yesterday’s proceedings, we just want to quickly explain the Implied Consent law. The current law states that it is a crime in and of itself to refuse a warrantless breath test if a police officer believes a person is driving under the influence. We’ve lambasted the law on the blog before, saying that due process needs to be followed and officers need to obtain a warrant if they are going to conduct such an intrusive search. But as it currently stands, Implied Consent is on the books.

The judges challenged each side to make their case, interrupting and responding as each attorney put forth their case. Charles Rothfeld, who represents William Bernard of Eagan, the man at the center of the case, stated that the Implied Consent law went against the fundamental principles guaranteed by the 4th Amendment, which protects against unreasonable searches and seizures. Chief Justice John Roberts asked Rothfield, “where is the right to drive in the Constitution,” asking the attorney to explain why drivers shouldn’t be held to a higher standard than ordinary citizens. Acquiescing to a breath test was similar to being forced to walk through a metal detector when entering a government building, argued the attorneys for the state.

Chief Justice Stephen Breyer asked Rothfield to explain how a breath test is overly invasive, and Justice Elena Kagan added, “this is about as uninvasive as a test can be!” Rothfield responded by saying a breath test is “a significant intrusion on personal liberty.”

The justices were fair in critiquing the arguments of both sides, and they laid into some claims made by the state. State’s attorney Kathryn Keena argued that it could be especially burdensome for some officers to obtain a warrant for a breath test late at night, when many DUIs occur. Judge Sonia Sotomayor didn’t appear to buy that rationale, saying that the state is basically asking drivers to forfeit their rights because it’s easier on police and judges.

“It’s as if you want to create an exception to the Fourth Amendment … in a drastic way,” Sotomayor said.

The justices are expected to issue their ruling within the next two months.