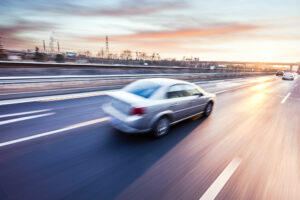 Pay extra attention to your speedometer on your way home from work and for the next couple weeks, because starting today, police will begin extra patrols for speeders across the state.

According to a release by the Minnesota Department of Public Safety, police officers all over the state will begin working overtime shifts from June 18 through July 21 in order to crack down on speeding, one of the four fatal driving factors. According to the department, speed plays a role in nearly 1/4 of single vehicle crashes, and between Memorial Day and Labor Day of last year, speed played a role in 30 traffic fatalities. Since we’re again in the midst of that summer driving stretch, police are hoping the announcement of their presence will lead people to make smart decisions behind the wheel.

“Once you’re moving, be sure to obey the speed limit,” the department said in a news release. “It doesn’t matter how late you’re running; the few minutes you might save aren’t worth causing a crash.”

If you are pulled over during the speeding enforcement period, expect to get a ticket, even if you weren’t going all that much faster than the posted speeding limit. Tickets are more effective than warnings when it comes to getting people to slow down, but that doesn’t mean you need to just accept the ticket and pay the fine.

The price of a speeding ticket in Minnesota depends on a number of different factors. For example, the cost will vary based on the county you were stopped in, so there’s no base amount that is steady across the state. Once court costs and other fees are attached, you can expect the ticket to be between $100 and $200, and that’s just for minor violations. Fines are double for anyone traveling more than 20 miles above the speed limit, and your license can be suspended if you’re caught going more than 100 miles an hour. You might think that it’s just a simple fine, but speeding violations can affect the validity of your driver’s license and lead to significant increases in the cost of your car insurance. A small fine can cost you hundreds or even thousands or dollars in the long run, so don’t just pay the fine and assume it’s in the past.

If you or someone you know has received a speeding ticket, consider setting up a free citation review with Avery Appelman and his team. We can sit down and talk about the incident as well as your best options moving forward. If we think we can help in any way, we’ll let you know what we can do for you. Set up a consultation with Appelman Law Firm today.

Drive safe this summer, especially during the speeding crackdown! And if you need assistance in the greater Twin Cities area, give us a call at (952) 224-2277.