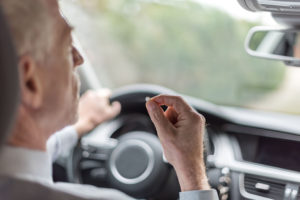 In an effort to educate Americans about the dangers of drugged driving and to crack down on the activity, the National Highway Traffic Safety Administration is conducting a nationwide campaign called “Drive high, get a DUI.”

The goal of the campaign is to spread awareness about the risks associated with driving under the influence of drugs and help keep drugged drivers off the road.

“If you feel different, you drive different,” said NHTSA Deputy Administrator Heidi King. “That’s the message we have for anyone using alcohol, marijuana or other drugs, whether obtained legally or illegally.”

There has been a noticeable spike in roadway deaths where the driver has tested positive for drugs like marijuana, opioids or other legal and illegal drugs. According to the data, 44 percent of individuals killed in traffic crashes in 2016 had drugs in their system at the time of the accident. That’s up 16 percent from a decade ago.

While some say that the legalization of recreational marijuana is to blame, that’s far from the only reason. The inability to use roadside tools to test if someone is under the influence of drugs, like we can with a breathalyzer for alcohol, means that many people are more willing to take the risk of driving under the influence without fear of getting caught. Also, opioids continue to be a big problem for many Americans, and driving with painkillers in your system, even if they are legally prescribed by your doctor, can lead to a DUI if they inhibit your ability to drive safely.

The national campaign runs from August 15 through September 3.

If you or someone you know is facing a drugged driving charge, be sure to contact a criminal defense lawyer like Avery Appelman. Police have other ways of determining if someone is under the influence of an illegal substance, and oftentimes the case comes down to a he said, she said argument. We know how to attack the prosecution’s claims and cast reasonable doubt over their claims.

Because drugged driving carries severe penalties in the form of jail time, loss of driving privileges and big fines, you need to give yourself the best chance to beat a drugged DUI charge, and the only way to do that is to have an experienced legal mind in your corner. To get you off to the best start, we offer a free initial case review where Avery and his team will sit down with you, go over your case, and discuss your options. If you feel like we’re a good fit, you can hire our firm and we’ll go to work on your behalf.