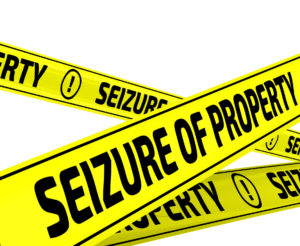 Under Minnesota law, police can seize property they believe is associated with a criminal offense. For example, vehicles can be seized in certain DUI cases, and a wad of cash found on a drug dealer can also be confiscated. Here’s a look at what was seized during criminal investigations in 2016.

Getting Your Forfeiture Back

If police seize your stuff during the commission of a crime, you’re going to have a real tough time getting it back. What’s worse, is that if police seize your property and you weren’t committing a crime, you’re still going to have to jump through some hoops to get your stuff back. This is especially true when friends and family members get caught in the crosshairs of someone else’s bad decision. For example, if the husband was caught transporting a decent amount of drugs in the family vehicle, the wife may not be able to get their car back.

However, the best way to fight a legal or illegal property seizure is by hiring a forfeiture attorney. They’ll start by challenging the arrest, because if the charges don’t stick, you have a legal claim to your property. Also, even if the charges look like they’ll hold up, a good lawyer can sometimes negotiate with the police agency to allow the offender or a family member to buy the item back at a reasonable price.

So if your property has been seized by the state, reach out to a lawyer today. We may be able to help you fight the charges and get back what’s legally yours. Reach out to Appelman Law Firm today at (952) 224-2277.