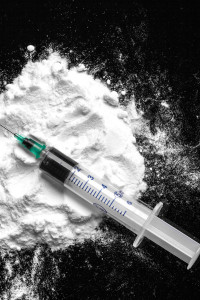 The Minnesota Sentencing Guidelines Commission approved a motion that would reduce prison sentencing guidelines for a variety of drug crime offenses.

Many people on the commission said they believe the state is currently too harsh on certain aspects of drug crimes. They believe low level users of cocaine, heroin or meth are sometimes receiving the same sentences as major drug dealers under the current structure.

“The prior guidelines were too severe,” said Mark Wernick, a commissioner and former Hennepin County Judge.

Although the measure has received support from the commission, it’s not a done deal. The changes need to be proposed at a public hearing before receiving a final vote next month. The Minnesota Legislature would also have to approve of the changes prior to a proposed enforcement date of August 1, 2016.

Aside from adjusting the sentences to better fit the actual crime, the measure comes amid a nationwide re-examination of state drug laws. Many states are reviewing their mandatory minimum sentencing guidelines for drug offenders, and the move would put Minnesota more in line with surrounding states in the Midwest.

Additionally, as we mentioned in a previous blog, many of the state’s prisons are suffering from overcrowding, and this measure could partially help curb that issue. Minnesota Supreme Court Justice Christopher Dietzen, who chairs the commission, said that Minnesota’s population of imprisoned drug offenders has jumped nearly 200 percent in the past two decades. He also noted that the sentencing guideline reduction measures could free up nearly 700 beds.

Here’s a look at the proposed changes: