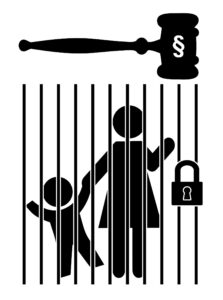 Minnesota Governor Tim Walz recently signed a first-of-its kind law that will help ensure pregnant inmates are not separated from their child if they give birth during their prison sentence.

The Healthy Start Act will allow pregnant and postpartum women to be released into a halfway house where they will continue to receive supervision and treatment for up to a year after the birth of their child.The mothers will still have to meet certain requirements in order to be eligible for the program and remain in good standing while on conditional released.

The bill passed with bipartisan support, as many realize that the first year of birth is a critical time of bonding for both the mother and child. Others believe that this law could help avoid an adverse life event that could impact a child in the future.

“It’s a precedent-setting law,” said Department of Corrections Commissioner Paul Schnell. “Adverse childhood experiences we know have a lot to do with the future outcomes for young people so there was a desire to say what can we do?”

What The Program Offers

Expecting inmates won’t just be released into a halfway house and expected to handle things on their own. They’ll still undergo supervision, training and other services to ensure both mother and child are cared for throughout the process. Commission Schnell said the program will have an emphasis on a number of different aspects, including:

“What the bill really requires is that we come up with alternative settings for them to both live, have some level of supervision and really critically support (them)” Schnell said. “We want to make sure these young moms themselves along with their babies have the best chance for success.”

As you might imagine, the bill will not affect very many women each year. According to estimates, roughly eight to 20 pregnant women enter the prison system each year, and most of them are expecting to serve a year or less. This means the vast majority would be able to be released into the program and complete their sentence alongside their child in a supportive halfway house. So while it won’t affect many women, for those it does help, it could make a world of difference in their lives and in the lives of their children. Kudos to Minnesota lawmakers for passing a first-of-its-kind law.