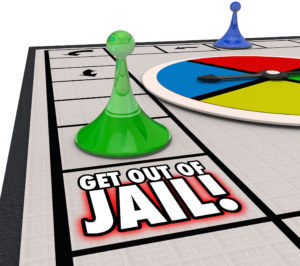 Minnesota schools and law students have been busy working on clemency projects designed to get some inmates shorter sentences. Oftentimes these projects are targeted at individuals who would have received lessor sentences had they been sentenced under current sentencing guidelines as opposed to older, stricter legal interpretations, but they can also target prisoners who have received a seemingly excessive sentence.

Minnesota universities have been pursuing clemency projects long before President Obama issued an order in 2014 that called for the U.S. Justice Department to prioritize clemency applications from inmates convicted of nonviolent drug crimes who would have received shorter sentences under current sentencing guidelines. President Obama recently announced that 214 inmates have been granted clemency; 67 of whom had previously been sentenced to life in prison.

One inmate received his clemency through the assistance of students at the University of Minnesota Law School. Bernard Gibson Sr. had previously been sentenced to life in prison for cocaine and heroin possession with intent to distribute, but he had his sentenced commuted to 260 months, or nearly 22 years. Professor JaneAnne Murray, who runs the university’s clemency project, said Gibson was one of the first clients her students took on when their clemency program began in 2014.

“For me it’s incredibly emotional, I’ve worked so closely digging into their cases in the past two years along with the students,” Murray said. “It’s incredible just to say to a client that you’re going to be going home, and I’m the one trying to choke back the tears in the moment.”

University of St. Thomas Professor Mark Osler also runs a clemency projects with students, and three of his clients received clemency this time around.

Obama has granted 563 commutations during his presidency, and more are expected by the time he leaves office. That number is greater than any president in the past 100 years, but Murray said we’re still not doing enough for these inmates. Nearly 35,000 inmates have applied to have their sentences commuted.

“It’s never going to be able to address the massive need that’s there,” Murray said. “That’s why we need Congress to step in and we need more systematic efforts to ensure that these individuals aren’t forgotten.”