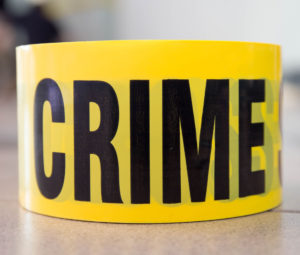 Minneapolis earned a dubious distinction recently when it was named one of the most dangerous cities in the United States by 24/7 Wall St.

Violent crime increased in Minneapolis and across the nation in 2015, according to the FBI’s most recent crime statistics. There were a total of 1,197,704 violent crimes reported in the United States in 2015, up 4 percent from the previous year. 24/7 Wall Street sifted through the data to determine which cities had the highest rates of violent crime per capita.

The FBI groups violent crimes into four different categories. The four categories are:

On a national scale, for every 100,000 people, 372 violent crimes are committed. However, the violent crime rate is much higher in some metropolitan areas. Here’s a quick look at the five most violent and five safest cities in America with a minimum population of 100,000 people.

The 5 Most Dangerous Cities For Violent Crime

The 5 Safest Cities For Violent Crime

Minneapolis didn’t crack the top five, but it did make the top 25. According to the data, Minneapolis is the 25th most dangerous city for violent crime, averaging 1,063 incidents of violent crime per 100,000 residents. The data suggests that robberies are quite common in Minneapolis, as there were 459 reported incidents per 100,000 people in 2015, the 10th highest total of any large city in America. Additionally, no cities in Minnesota made the list of the top 25 safest cities for violent crime.