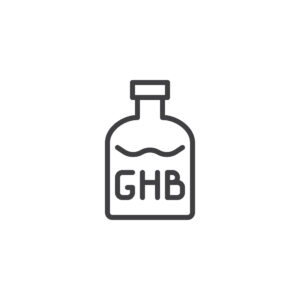 A Mounds View man has has been charged with third-degree murder after a woman he met on Tinder fatally overdosed on a narcotic he gave her that is commonly referred to as the “date rape” drug.

Edward Antonio Zappa, 38, has officially been charged with third-degree murder and first-degree manslaughter in the wake of the death of 43-year-old Thea Renae Toles. The Ramsey County medical examiner determined that Holes died of toxicity caused by gamma-hydroxbutyric acid, sometimes referred to as “G” or “GHB.” The drug can cause hallucinations, euphoria, drowsiness, decreased anxiety and memory impairment, and can be fatal in large doses.

According to the police report, police responded to Zappa’s home after he called authorities about an unconscious woman at his residence. Toles was pronounced dead at the scene, and Zappa told officers the pair had spent the night together but was unaware of any drugs in her system. Police uncovered that Zappa was lying about the second part of that statement after they looked into his phone records. Authorities uncovered that the pair had exchanged text messages the previous day about meeting up, and in that exchange Zappa told Toles that he had “some g, similar to alcohol,” to share with her.

A search of Zappa’s internet history found that he had recent searches about dilated pupils from GHB as well as how long someone could remain passed out after ingesting it. Lab testing revealed that Toles had 340 mcg/ml in her system, and about 260 mcg/ml can result in deep sleep or coma.

Zappa is scheduled to appear in court on August 25.

Intent Not Always A Factor

This case just goes to show that intent doesn’t always matter when it comes to criminal charges. While Zappa may not have intended to kill Toles with the dosage he provided, the fact of the matter is she died as a result of his actions. Moreover, if not for Zappa’s actions, Toles would be alive today.

We’ve read similar cases where robbers end up getting charged with murder after one of their accomplices is killed by a homeowner defending their property. In this instance, if not for the robbers’ actions, their accomplice would still be alive today, so they end up facing charges even though nobody in their crew pulled the trigger. It’s important to realize to scope of your potential punishments when you decide to act unlawfully, because the consequences could be severe.

Under Minnesota law, third-degree murder is defined as “whoever, without intent to effect the death of any person, causes the death of another by perpetrating an act eminently dangerous to others and evincing a depraved mind, without regard for human life, is guilty of murder in the third degree and may be sentenced to imprisonment for not more than 25 years.” Considering Zappa was already on probation and has a history of criminal offenses, it wouldn’t be shocking for the murder charge to stick, even though it’s likely he didn’t intend to kill Toles.

If you need legal assistance in Minnesota, reach out to Avery and the team at Appelman Law Firm today.