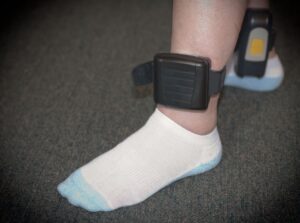 All inmates in Ramsey County who are serving time for low-level, nonviolent crimes will be released to a home electronic monitoring system in the wake of the spread of the coronavirus.

The goal of release to home monitoring for low-level offenders is to reduce “the risk of infection among both (the Ramsey County Correctional Facility’s) staff and the inmates in custody,” said Ramsey County Chief Judge John Guthmann in a signed order.

Who Will Be Released?

So who qualifies as a low-level offender under the order? Those serving time for these offenses will be released to an electric home monitoring program:

“These are certainly extraordinary measures but they are needed and warranted given the circumstances,” Ramsey County Attorney John Choi said. “It would be disastrous if we had an outbreak of COVID-19 in our jail and I think our local (judges), who are doing this in collaboration with all our (criminal justice partners), are doing the right thing.”

There are some exceptions to those who could be released for misdemeanor and gross misdemeanor crimes. Individuals convicted of certain domestic violence-related crimes, those with harassment restraining orders, indecent exposure convictions and DWI convictions where the defendant was sentenced to more than 90 days in custody may make the individual ineligible.

By the end of Tuesday, 105 inmates will be released to the home monitoring system, and they will remain on the new system until at least April 15. This order follows a similar order that was issued last week, which stated that certain individuals could be released from the Ramsey County Detention Center while they awaited trial in an effort to help stop the spread of the virus.

Other counties have passed similar measures or moves in the wake of the coronavirus. Hennepin County jail reduced its inmate population by 26 percent over the last week.

For more information about how the Minnesota judicial system is changing to stay ahead of the coronavirus, or for any legal assistance, reach out to the experienced legal team at Appelman Law Firm today.