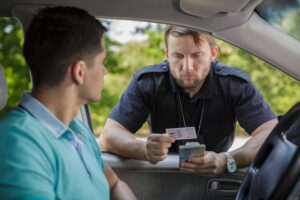 If you are caught speeding along one of Minnesota’s many highways, there’s a good chance that you’ll receive a ticket from the officer who pulls you over. Many people just opt to pay the fine and drive a little slower, but it’s typically in your best interest to pursue another route. With a little work or by connecting with an attorney, you may be able to get the speeding ticket dismissed. We explain how in today’s blog.

Getting A Speeding Ticket Dismissed

If you have been cited for a traffic violation, you can go to court and try to have the ticket dismissed at the trial. You can develop a strong case, or more commonly, let a lawyer put together a strong argument as to why the ticket is bogus and should be dismissed. This is a pretty standard way to have your ticket dismissed, but it’s not the only way.

Another route to consider pursuing is by talking with the prosecution to see if a continuance for dismissal is an option. It’s not as optimal as an outright dismissal, but it’s considered the next best thing. In a continuance for dismissal, the prosecution agrees to continue or suspend your case for a set period of time, like a year. After that period of time, assuming the individual has not run into any more trouble with the law, the charges against you will be dismissed.

For others, it’s a wonderful option because they are more concerned about how a guilty verdict on their driving record will affect other aspects of their life. If you drive for a living or are worried about any repercussions because you were found guilty of a specific traffic violation, you can see if the prosecution will allow you to enter a continuance for dismissal agreement. Assuming you abide the continuance and don’t get another traffic citation during your suspension period, you will not have to plead guilty, the court will not find you guilty, and your record will only indicate that all charges against you were dismissed.

You can try to get a continuance for dismissal on your own, but oftentimes it’s easiest to just connect with a traffic ticket lawyer. They know how to frame an argument and get you a favorable continuance agreement that the prosecution will go for.

So if you are interested in contesting your traffic ticket or pursuing a continuance for dismissal, reach out to Avery and the team at Appelman Law Firm to learn more about your legal options. We’d be happy to review your case during a free strategy session and figure out the best plan for moving forward. For more information or for help with your case, call us today at (952) 224-2277.