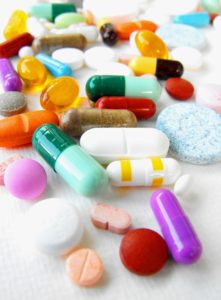 Deaths from opioid overdoses rose drastically in both Ramsey and Hennepin County last year, and it’s clear that it’s getting harder to fight the spread of substance abuse. However, we have many resources at our disposal to help you get the care you need, so if you’re facing drug charges or battling an addiction, reach out to our firm.

Opioid Abuse In The Twin Cities

According to the statistics from 2016, there were 62 accidental opiate-related deaths in Ramsey County last year compared to 47 in 2015. That represented a 32 percent increase in opioid-related deaths. The problem was only worse in Hennepin County, where 153 people accidentally lost their lives to opioid overdoses. That was up from 97 in 2015, which represented a 57.7 percent increase in year-to-year deaths.

The biggest problem in combating opioid overdose deaths in the Twin Cities is the rise of synthetic fentanyl, which is a strong painkiller with a high potential for abuse. There were 17 fentanyl-related deaths in Ramsey County in 2016, up from just three in 2015. Similarly, there were 39 fentanyl-related deaths in Hennepin County in 2016, up from 9 in 2015. Sometimes the user took the synthetic drug by itself, but other times they may not have known they were ingesting it.

“While it is not uncommon for addicts to intentionally and simultaneously administer multiple drugs, these findings also suggest the distinct possibility that in some cases fentanyl was an unexpected, added ingredient in local illicit substances sold as heroin, cocaine, methamphetamine, and oxycodone — possibly unbeknownst to the sellers and/or end-users,” wrote Carol Falkowski, a substance abuse trend expert, in the recent report “Drug Abuse Trends in the Minneapolis/St. Paul Metropolitan Area.”

Counterfeit pills cut with fentanyl are affecting all sorts of individuals plagued by substance abuse, as they were implicated in the overdose death of music superstar Prince last year.

Two months ago, U.S. Senator Amy Klobuchar co-introduced a bill to tighten security rules for certain postal mail, as many of the drugs are making their way into the state from China and India through the mail.

“This is an epidemic and we can’t keep pussyfooting around,” said Klobuchar. “We need aggressive action … a comprehensive blueprint. The President has said he wants to do something about opioids, and with bipartisan support it’s time to move, not just with rhetoric but with action.”

Other findings from the Drug Abuse Trends Report include:

If you are battling with addiction, know that you have plenty of options. We have helped countless individuals get their lives back on track and kick addictions, and we know we can help you get on the right path. We have a whole section of our website dedicated to addiction services. That page has a whole host of information, like what the signs and symptoms of chemical dependency are, as well as crisis service intervention options. If you want to put a substance abuse issue in the past, please reach out to us and we’ll make sure you get the assistance you need to live a life free of dependency. Don’t wait until it’s too late.