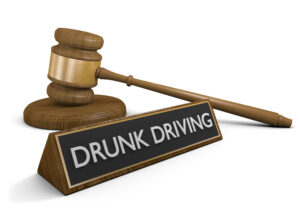 While there are many sobering statistics coming out of the COVID-19 outbreak, one bright spot is the fact that DWIs are down significantly from this time last year.

The Minnesota Office of Traffic Safety announced that arrests for driving while intoxicated are down nearly 70 percent from this time last year. Much of this is due to the fact that Governor Tim Walz announced a stay at home order for non-essential services, and many bars have limited their options to takeout, which means there are fewer cars on the road and fewer locations for patrons to consume alcohol.

The Office of Traffic Safety said police officers made 94 arrests for driving under the influence in Minnesota this past weekend. That’s still a significant number, but it’s a far cry from the same weekend last year when there were 293 such arrests.

“One DWI is one too many! Let’s all continue the downward trend. Stay home if you have had a few too many and always line up a sober ride if you need to travel to another location after drinking,” OTS officials said yesterday.

However, it’s not all good news when it comes to traffic crimes in the wake of the COVID-19 outbreak. Although there are fewer cars on the road, the Minnesota State Patrol said they’ve seen an increase in reports of drivers traveling at excessive speeds and driving aggressively.

Fewer cars on the road may make it easier for drivers to operate their vehicles at higher speeds and change lanes more easily, but drivers should still practice the rules of the road and stay within the confines of the law. Police will have no issue citing you for aggressive driving or speeding, even in the wake of everything that’s going on in the world. If you’re putting other drivers at risk, expect a ticket.

If you are facing traffic charges or want to learn the best way to contest your traffic citation, reach out to the experienced legal minds at Appelman Law Firm today.