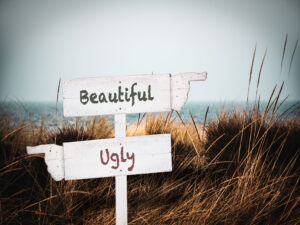 Being attractive can help with a number of aspects of daily life. It can earn you a date with that woman at the coffee shop or increase your tip as a waitress, but does being attractive also help you receive a shorter jail sentence? And on the flip side, if you’re ugly, are you more likely to receive a harsher sentence? You may be surprised by the findings of a recent study.

Does Attractiveness Factor Into A Jail Sentence?

To better understand how physical attractiveness may influence the sentencing process, researchers gathered a group of police officers and university students and asked them to rank the attractiveness of over 2,000 criminals on a scale of 1-5. After the ratings were given, the criminals were grouped based on whether they committed a felony or misdemeanor, and those in the misdemeanor group were split into three individual groups based on their crime and its severity.

Once in the correct groups, researchers took a closer look at the jail sentences handed out and looked to see if there was a correlation between sentencing length and attractiveness. Surprisingly, the findings were significant.

A similar study that looked at the physical attractiveness of 60 defendants. They found that unattractive defendants were punished harsher than attractive ones, with the lowest increase being 119.25% and the highest being 304.88%

If unattractive people can take solace in anything, it’s that justice in the form of a conviction appears to be somewhat blind. Researchers found no correlation between a person’s attractiveness and their conviction likelihood. In other words, beautiful people were found guilty at the same rate as unattractive people, they just tend to receive shorter sentences.

So if you’re due in court, the best thing you can do is hire a lawyer to provide a professional defense, but from a personal standpoint, it wouldn’t hurt to shower, shave, do your hair and dress your best when you show up for court. It just might knock time or money off your sentence!