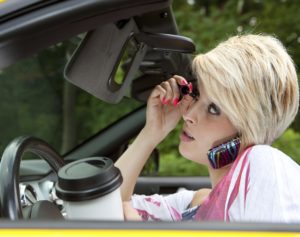 According to the latest data from the Minnesota Department of Public Safety, distracted driving played a role in 74 traffic deaths last year, a 21 percent increase from 2014. Not surprisingly, traffic fatalaties as a whole also jumped last year. There were 411 deaths on Minnesota roads in 2015, up from 361 a year prior. Drunk driving deaths also increased in 2015, jumping to 95 from 88 in 2014. The only silver lining in the report is the line that suggests more individuals are buckling up while driving. Deaths attributed to failure to wear a seat belt fell 14 percent in 2015.

Many Forms of Distraction

Distracted driving is more than just texting behind the wheel, said Donna Berger, Director of the Office of Traffic Safety. Drivers are also being distracted by:

Lisa Kons, the traffic safety programs coordinator at the Minnesota Safety Council said people don’t realize the potential for danger they’re causing by being inattentive behind the wheel.

Another issue with distracted driving is that the majority of drivers think they are either A) Better texters-and-drivers than others, or B) That an accident won’t happen to them. While it’s true that the majority of people never expect to get in an accident, taking your eyes off the road significantly increases your likelihood of an accident. If you’re lucky it will just be something minor like striking a curb at a managable speed, but if you’re unlucky you or a pedestrian can die because of a momentary lapse in judgment. Please, put your cellphone and other objects down while driving and concentrate on the road. With that said, if you unjustly end up with a distracted driving ticket or another driving violation, don’t hesitate to give us a call at (952) 224-2277, because those fines and punishments can add up quickly.