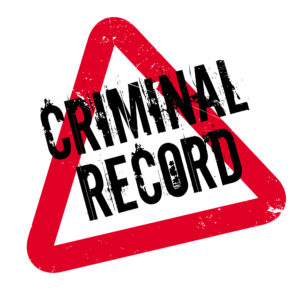 If you’ve gone through the process of being charged with a crime only to come out victorious by having the charges dismissed, you probably hoped that everything would just go back to normal. However, even though you were cleared of those charges, they can still show up on a background check, and that can spell disaster for your career, even though employers aren’t supposed to take those dropped charges into consideration when hiring.

So if you were falsely accused of a crime, how can you prevent those dismissed charges from showing up on a background check? We explain what you need to do in today’s blog.

If you’ve ever searched your name or someone else’s name on a court’s public records site, you may have come across some interesting information. If you were acquitted or your case was dismissed as a result of a Continuance for Dismissal or Stay of Adjudication, that case should not be able to be accessed by the public through a simple name search. However, on the off chance that they know your attorney’s name or your court file number, they may be able to find a record of the charges through your Register of Actions. This is a pretty unlikely scenario, but at the same time, you may want to keep those charges private, so we’ll circle back on how to take care of these in a bit.

A more common scenario is when a potential employer submits a background check through the Bureau of Criminal Apprehension (BCA). The BCA may have records of your arrest and charge, and they will report this to the company you authorize to conduct the background check. Even though the BCA will also include a record that the charge was dismissed, the charge alone may be enough to deter a potential employer. If you are applying to be a teacher with a dismissed drug charge from 15 years ago, or you want to work in retail but you have a dismissed theft charge on your record, that employer may decide another candidate is right for the job. So what can you do to prevent a dismissed charge from coming back to haunt you?

In any of the situations we mentioned above, an expungement may be exactly what you need. Expungements aren’t always easy to get, but they are typically very straightforward if it turns out that your charges were dismissed. In dismissed cases, the burden of keeping those records available to anyone looking at your records falls on the state to prove that it is in the government’s best interest to keep that dismissed charge on your record. Not only that, but they need to prove that it’s more important for the government to be able to see that you had a dismissed charge than it is for you to have the record sealed. Since there is often little or no public interest in keeping a record of a dismissed criminal charge, the state typically fails to put forth enough of a case to keep a record of the dismissed charge, and record of the charge is sealed.

We’ve helped numerous clients get their cases expunged, and we can do the same for you. Whether the charges were dismissed or you were convicted but still want to look into expungement, contact Appelman Law Firm to see how we can get your records sealed in Minnesota.