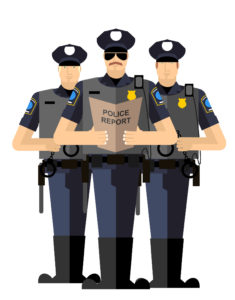 Late last week, Governor Tim Walz signed a police accountability bill into law that bans a number of physical restraints and tweaks some training protocols. In today’s blog, we take a closer look at the changes this bill brings, and how it could affect policing going forward.

A number of the changes made under the police accountability bill should have been made a long time ago. For starters, the bill bans neck restraints like the one that ultimately took George Floyd’s life. Other changes include:

While the changes are a step in the right direction, some advocacy groups call the changes low hanging fruit and say many more comprehensive changes weren’t addressed. Some of the changes they had wanted to see included requiring police to carry their own liability insurance, removing the statute of limitations in a wrongful death suit and allowing the families of those killed by police to see the body camera footage 48 hours after their death.

“The autism training we thought was an important thing to have … and we also like the fact that it bans fear-based training (which) is something we’ve been working on for quite a long time now,” said Michelle Gross, president of the local advocacy group Communities United Against Police Brutality. “But so much of what we wanted was not even given a second glance.”

Gross said her group will be at every special session in the coming months to ensure legislators don’t move on from the subject of police brutality, because they feel there’s still more work to be done.

Hopefully the changes on the table can help police continue to do their jobs while also working to curb police brutality statistics here in Minnesota.