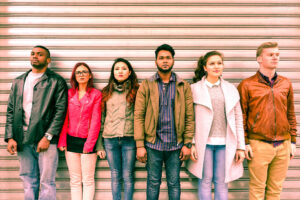 If you watch any crime dramas on television, you’re probably somewhat familiar with how the suspect identification process involving a lineup plays out. Now, that’s not to say that what you see on television is a perfect representation of the criminal lineup process, but it provides a basic example of how a witness is asked to look at a collection of individuals to see if they can identify the person they allegedly saw committing a crime.

We still use this system in Minnesota and across the US, but it’s not a perfect system for a number of reasons. Here in Minnesota, legislators felt that the process could be improved, so Rep. Dave Pinto (DFL-St. Paul) and Sen. Bill Ingebrigtsen (R-Alexandria) co-sponsored a bill that goes into effect on August 1 that will tweak how these lineups are conducted. Below, we look at the changes coming to the criminal lineup process in Minnesota.

Here’s a look at some of the changes to the current criminal lineup system that will go into effect on August 1.

If you’ve been identified in a suspect lineup and are now facing criminal charges, reach out to the experienced criminal lawyers at Appelman Law Firm. Not only can we defend you from the charges, but we can also ensure the lineup portion of your case was conducted legally. For more information, give us a call today at (952) 224-2277.