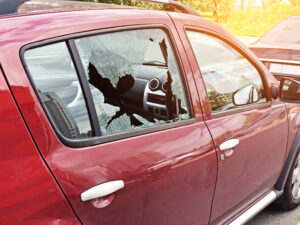 You’ve probably been in a situation before where a friend, family member or coworker made a mistake and you ended up dealing with the repercussions of their actions. It’s usually not a huge deal, but other times it can have severe consequences, like if you end up facing criminal charges because of the actions of someone in your inner circle. In today’s blog, we take a closer look at what when you can face criminal charges because of the actions of a friend or family member.

Charged As An Accomplice

You may believe that as long as you don’t commit the act in question itself, you can’t be charged with the crime, but that’s simply not true. For example, if you’re keeping an eye on the employees while your buddy shoplifts some merchandise, you can absolutely be charged with shoplifting because you helped with the crime, even though the merchandise was in their pockets.

On the flip side, your mere presence while a crime is taking place doesn’t mean that you’ll face charges. If you were none the wiser that the crime was taking place, or you decided to go elsewhere and later met back up with your friends before police caught up with them, a lawyer should be able to argue that you shouldn’t face any charges.

So what exactly dictates whether or not you were involved in a crime? Essentially, if your accomplices say or police can argue that any of the following took place, you can face charges:

Being physically present doesn’t mean you’ll face charges, but if you helped plan, encouraged or assisted in the crime, you can face the same criminal charges as the person committing the act. And be warned, this just isn’t limited to the original charge. For example, if you act as a lookout while your friend steals a car, and then you get in the stolen vehicle with your friend and they strike a pedestrian, you can face manslaughter charges even though you weren’t behind the wheel.

Simply put, if you take part in a crime in any measure listed above, you need to know that you are now taking on responsibility for every action of all parties involved. If a simple drug deal goes south and a friend pulls out a gun someone else, you can face aggravated assault charges. Don’t just assume because you’re not the aggressor that those actions can’t reflect on you.

So if you or your child end up facing criminal charges because of the actions of another person, it’s in your best interest to consult with a lawyer, because charges can easily pile up in a hurry. You’ll want to put together a strong defense that suggests you were an innocent bystander and not a party to the crime, and we can help make that distinction. For more information, or for assistance with your case, reach out to Avery and the team at Appelman Law Firm for a free case review today.