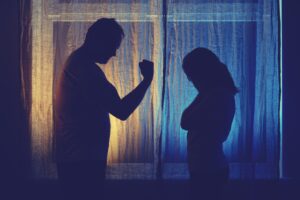 If you’ve been victimized by another individual, you probably hope that law enforcement does their job and holds the other person accountable. But what happens if you are victimized but you don’t want the perpetrator to be charged with a crime? Do you have any say in how the situation plays out, or is it out of your control? In today’s blog, we explain if a victim can get charges dropped against a perpetrator in Minnesota.

Can I Request Charges Be Dropped?

Does a victim have the power to prevent criminal charges from being filed in Minnesota? After all, if they were the ones harmed by the action, and they don’t want charges filed, shouldn’t their words carry some weight? The reality is that a victim has no say in whether or not criminal charges are ultimately filed. That decision lands in the hands of the prosecutor, who will make a determination after reviewing all the evidence.

The biggest reason why victims do not get a say in whether or not criminal charges are filed is because they could be forced or coerced into having charges dropped against an individual. For example, let’s say that a husband assaulted his wife during a domestic disturbance. Police arrive on scene and arrest the husband. Once things have calmed down, the wife may plead with the officers not to file charges because she may fear even greater retaliation once the husband is released. While there are a number of domestic abuse resources across Minnesota that can help with this situation, the victim isn’t going to be able to get the charges dropped against her abuser. If enough evidence exists, the prosecution will move forward with criminal charges.

You are not the one who decides to press criminal charges against an individual, and similarly, you cannot decide to have any criminal charges dropped. This can make for some complicated domestic abuse situations, but it’s better for all parties if the state is the one making the decisions on whether or not a case is heard. If you’re the victim in a case or you’re facing criminal charges, odds are that you’ll benefit from a consultation with a criminal defense attorney. They can connect you with some helpful resources or start working on a defense plan so that you can avoid a worst case scenario.

So while you won’t have any say in whether or not charges are brought, you can influence how the case plays out by connecting with a criminal defense team like Avery Appelman and the team at Appelman Law Firm. For more information, or for help with your criminal case, reach out to our team today at (952) 224-2277.