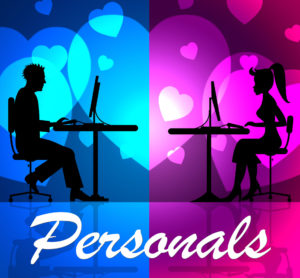 Executives for the site Backpage.com are embroiled in a legal mess over some of the information that is posted on their website. For those of you unfamiliar with the site, Backpage.com is similar to Craigslist and a traditional newspaper classifieds section. The site allows users to post items for sale, share job listings, request services and connect with a wide variety of people in the area.

However, Backpage.com offers an “adult” section that time and time again has been the center of some controversy. Some say it is used to skirt the lines of prostitution, others say it’s blatant prostitution, while others say it often serves a more sinister purpose, like facilitating sex trafficking and child prostitution. Controversy is nothing new to Backpage.com, but time and time again they’ve willfully assisted law enforcement when they have had credible threats about human trafficking and sex slavery. However, a recent demand has forced them to exert their unalienable rights.

Recently, the Senate’s Permanent Subcommittee on Investigations (the same one headed by communist hunter Joseph McCarthy back in the 1950s) issued a report stating that Backpage has created a lucrative marketplace that makes child sex trafficking easier. The committee has demanded that Backpage executives appear before congress to testify about the innerworkings of their site. Not surprisingly, the executives invoked their Fifth Amendment rights against self-incrimination, but they also asserted that their First Amendment rights suggest that they’ve done nothing wrong.

Here is the statement they issued on their First Amendment rights, noting that the Supreme Court has applied the highest level of First Amendment protections for online speech. They want a judge to determine if they need to share their documents with Congress and testify, but the Senate PSI is continuing to demand that Backpage acquiesce with their demands.

Last night, Backpage shut down their adult section of their website in the US, but not because they feared that they did something wrong. Instead, Backpage says they closed the adult section as a protest against overt government censorship.

The move is interesting, because the protest has already cost Backpage millions of dollars in revenue, and it will continue to cost the company money as long as the section stays down. But the message is clear – the website will not back down against what they feel is unjust government censorship. This could be said to be a case of the huge monopoly in the business of adult content and other sex industries.

Even if we suppose that illegal activity does take place through Backpage.com’s adult section, shutting them down would be akin to punishing a university for a drug deal that took place on campus. The university owns the campus area where the drug deal took place and atmosphere likely made it easier for a drug user to find a dealer, but at the end of the day, the people we need to be prosecuting are the buyer and seller, not the university.

The U.S. Supreme Court appears to agree with Backpage, as they recently sided with a lower court’s decision to not allow three victims of sex trafficking to seek damages from Backpage. The Supreme Court stated that Backpage was simply hosting content that was created by other people, and thus they were immune under federal liability laws.

This will certainly be an interesting case to follow as it continues. Should Congress decide that Backpage must acquiesce to the subcommittee’s demands, it could have a chilling effect on the free flow of information on the Internet. We can’t let the Senate use oppressive means to shut down a host site. The Senate’s time would be much better spent catching the criminals who exploit children and work in the sex trafficking trade, which ironically is something Backpage has been doing by assisting law enforcement when they have evidence of a crime. Backpage, just like the average citizen, has rights that need to be preserved.