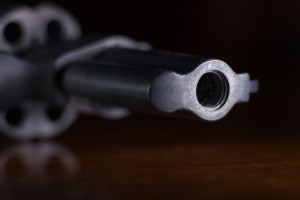 Some may argue that there are more heinous crimes out there, but murder is one of the few crimes that results in the death of another individual. Similar to assault and battery, murder has a few degrees based on the nature and the intent of the individual committing the crime. In Minnesota, there are three degrees of murder, simply referred to as:

Degrees of Murder in Minnesota

You can probably picture scenarios for both first-degree and second-degree murders, but you might be wondering how a person can commit murder without forethought or intent. By definition, third-degree murder occurs when a person “without intent to effect the death of any person, causes the death of another by perpetrating an act eminently dangerous to others and evincing a depraved mind, without regard for human life.” For example, selling or giving drugs to a person who later dies as a direct result of taking those drugs can result in charges of third-degree murder in Minnesota.

As one might expect, Minnesota does not take murder charges lightly. In fact, Minnesota has enacted what are known as “Mandatory Minimum” sentences for individuals convicted of first-degree murder.

Under the Mandatory Minimum sentencing guideline, a person found guilty of murder in the first degree will receive a life sentence without the possibility of parole. Some crimes that are punishable by a first-degree murder charge include:

If you’re facing the possibility of living the rest of your life in a prison cell, hiring an experienced murder attorney is essential. Your attorney will review all the facts and make sure you understand your options. Don’t go through the trial of your life alone, speak to the Apple Valley criminal attorneys at Appelman Law Firm.

“When I was arrested for DWI, I was frightened and scared.  I can only say that hiring Appelman Law Firm was one of the best decisions that I have ever made.”