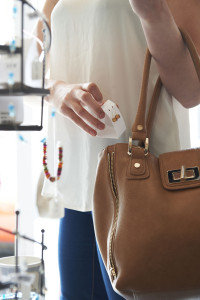 Aside from traffic violations, shoplifting is one of the most common types of crime that people commit at a high rate without getting caught. Large stores oftentimes have hundreds of customers at one time, and it’s nearly impossible for loss prevention services to keep an eye on everybody, especially when it only takes a second to throw something in your pocket.

In Minnesota, shoplifting crimes are viewed under the larger category of theft. The greater the value of the items shoplifted, the harsher the penalty. Additionally, there are a wide variety of acts that constitute shoplifting, including:

Here’s a look at how Minnesota penalizes shoplifters:

Caught shoplifting with less than $500 worth of merchandise – Misdemeanor, punishable by a fine of up to $1,000 and up to 90 days in jail.

Caught shoplifting with less than $1,000 worth of merchandise – Gross misdemeanor, punishable by a fine of up to $3,000 and up to 1 year in jail.

Caught shoplifting with more than $500 but less than $1,000 worth of merchandise, with a previous shoplifting conviction within the last five years – Felony, punishable by fines up to $10,000 and up to five years in prison.

Caught shoplifting with between $5,000 and $35,000 worth of merchandise, or if the merchandise is an explosive or a controlled substance (except marijuana) – Felony, punishable by fines up to $20,000 and up to 10 years in prison.

Additionally, if the shoplifter is an adult, they may be held civilly liable to the merchant they victimized. They may be required to pay:

Parents of juvenile shoplifters will be liable for damages up to $1,000.

There are a number of ways to contest a shoplifting charge, but the crime really revolves around intent. Can the prosecution prove that you put that item in your handbag with malice, or did you simply have your hands full, and forgot about it at the register?

“When I was arrested for DWI, I was frightened and scared.  I can only say that hiring Appelman Law Firm was one of the best decisions that I have ever made.”